Welcome to The Forum

Register now to gain access to all of our features. Once registered and logged in, you will be able to create topics, post replies and more 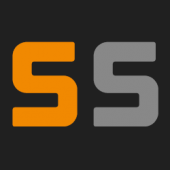 Top Posters In This Topic

I would like to see a "make backup" option, that also a sub user can make!

Current Version# or Build on the Server Control panel (of owners server, not available version to download)

This... so much this.  There's currently no way to verify the server version without doing a full shutdown, update and validate.  It would helpful while troubleshooting with players to be able to quic