Valheim brought about a dramatic shift in the future of survival genre gaming. Not only did it break record sales, it defined how early access should be. Procedural generation with endless content possibilities met with a beautiful open world set the mark for the future. We supported our largest concurrent service total and deployed a record 36,000 services.


Year in review.. By The Numbers

Paving the road for the future of gaming

Achieved our highest server FPS with our new line of Xeon E processors. New performance monitoring tool released. ARK celebrated 5 years and was released as a free title on Epic Games Store. Coupled with more than usual players at home due to COVID-19 we saw major growth. Unreal Engine 5 was announced. A fun Vin Diesel backed cinematic for the all new ARK 2 was announced at the Game Awards in December.

Brought on AMD as a secondary chip provider to our Intel platform. Rolled out the Ryzen 9 and EPYC server processors to our high performance lineup. Maintained focus of single threaded performance for all of our new game line ups. ARK: Survival Evolved launched a new third party map - Valguero. Added Outlaws of the Old West, Mordhau, Rune 2, and Day of Dragons.

Our 6th year in business!


Year in review.. By The Numbers 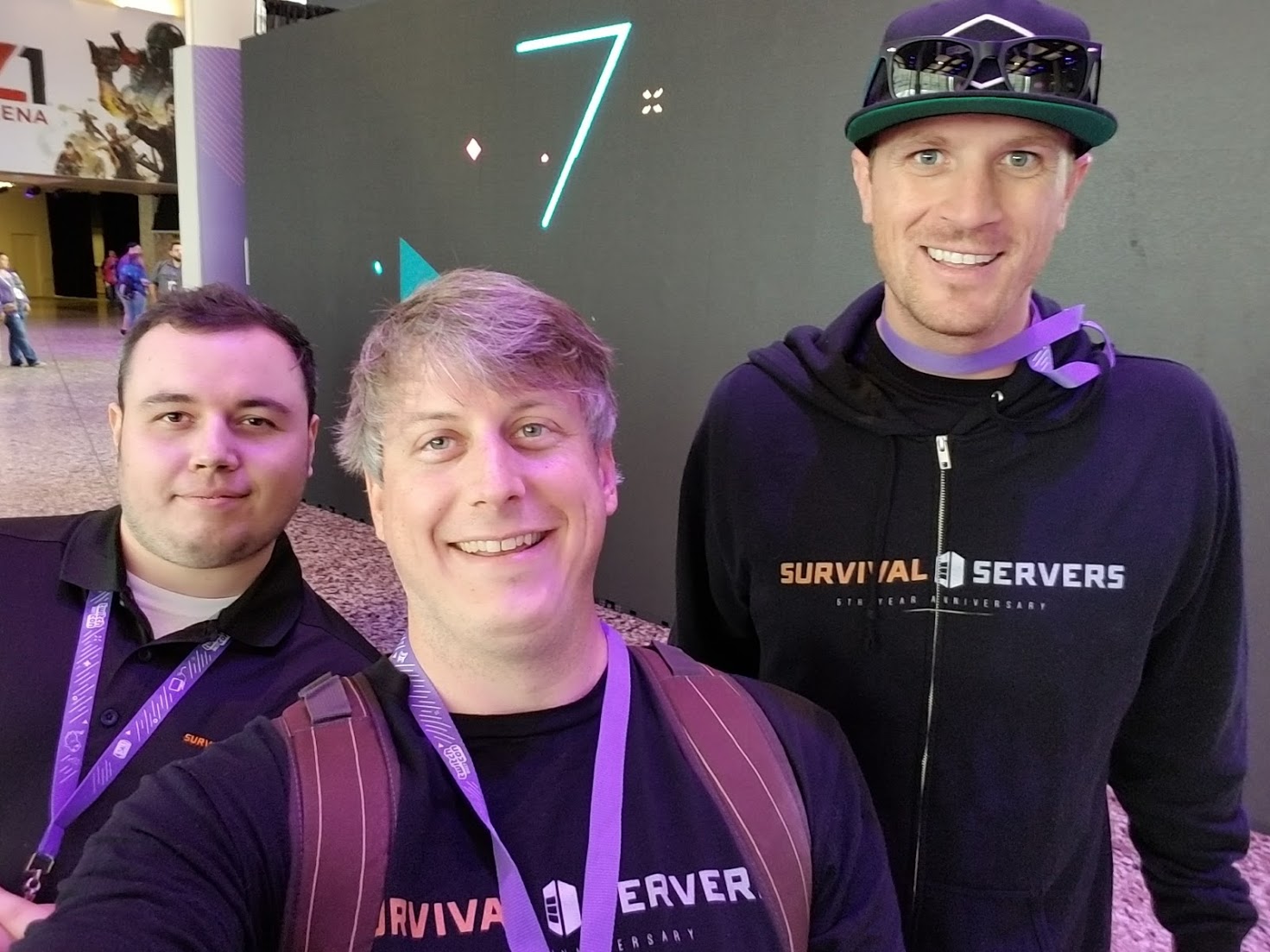 In 2014, a custom control panel was developed in-house to cater directly towards the complex requirements behind popular ARMA 2 and ARMA 3 mods. The panel was a response to the lack of flexibility popular game panels have offered for years. Allowed us to expand to more games, more complex modding setups, and a higher level of direct customization.

The Survival Servers slogan and how it all began!

A year of growth and expansion.

Growth led to expansion of our support team to create a 24/7 support presence.

Expanded to our European locations in both Germany and France. Invested in hardware and began colocation expansion in an investment in our hardware infrastructure.

Added our first game outside of Arma 2: DayZ mod - Rust!

Survival Servers was started in August 2012 by two friends. As one of the original hosting providers for the original ARMA 2: Operation Arrowhead mod "DayZ," (the obsession that started it all) Survival Servers quickly became a known brand due to the competitive pricing and full-fledged feature set of their custom DayZ Tools, Private Hive scripts, and easy integrations with other popular Arma 2 mods.

You will quickly be redirected to manage your game server after payment.